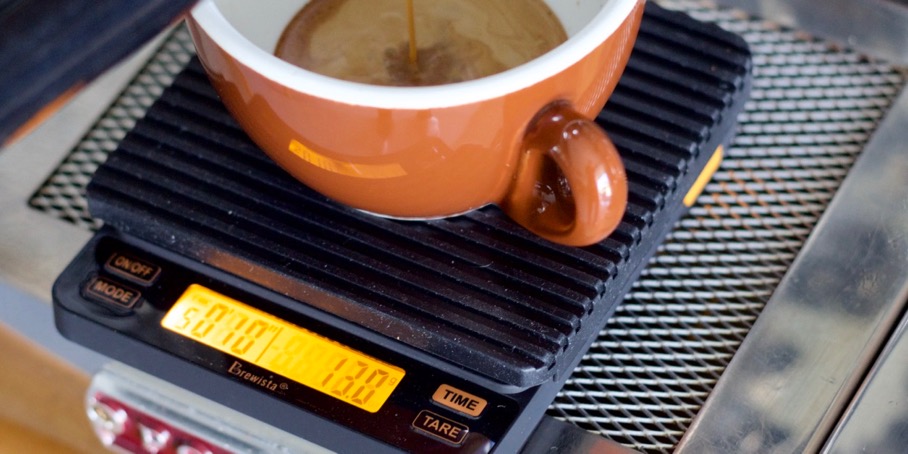 A while ago I reviewed the first Smart Scale by Brewista. The scale surprised me with its comprehensive feature set at an unbeatable price point. I’ve been using that scale ever since for every single brew. Recently Brewista made a new version called, hold on, the Smart Scale 2 or Smart Scale II. Brewista sent me one to review and compare against the original.

Over the past few weeks I’ve had the Brewista Smart Scale 2 in use along side the original. I generally make least 5 – 8 cups of espresso and espresso based drinks every day. And then add a few manual pours throughout the week for good measure. So far I’ve been very pleased with the changes Brewista has made.

The most obvious change to the design of the scale is the new control panel. The control panel is now a nicely one piece sealed unit. The original model still had separate buttons or display bezels which fluids and debris would eventually find their way into. While the scale and the electronics itself are water resistant, debris could still potentially jam buttons. Sealing the entire unit is a very nice solution to that potential issue. On the topic of controls, gone are the days of the non-descript glyphs that indicated what mode you were currently in. The new scale has 6 modes and all of them are indicated simply by a number:

The original Smart Scale called the Pour Over mode and the Full Manual mode Hand 1 and Hand 2 respectively. In a way it might seem Brewista changed the order but essentially the Fully Manual mode still comes after the Pour Over mode when you cycle trough the modes. The modes themselves haven’t changed in the way they work, so users of the original won’t have any problems getting used to the new version.

A pad! I just need to get it positioned on the scale correctly…

Like a few other manufacturers, Brewista ships the Smart Scale 2 with a silicone pad. The biggest benefit of the silicone pad is that it effectively eliminates sudden temperature changes affecting the readings of the scale. The load cell inside the scale is high precision part which is easily influenced by changes in temperature which can then cause a reading that is slightly off. The silicone pad serves to keep the heat of the cup away from the rest of the scale. That said, espresso cups aren’t normally a big issue as there isn’t enough heat energy in that tiny cup to have an effect. However, with a larger brewing vessel like a Hario V60 decanter or a Chemex, that’s a different story. Plus, it also keeps stuff from sliding around or off.

New scale on the left, original on the right.

Another big change is the move from regular triple A batteries to a rechargeable Lithium-ion battery. There are a few other scales out there that have moved away from traditional 9v blocks, double or triple A batteries but most of them have been mediocre implementations at best. When normal batteries suddenly run out of juice you can simply pop a few new ones in and continue. When a Lithium-ion battery pack runs out of juice you have to plug the scale in for a good while to get a decent charge in it. Unlike most other Lithium-ion powered scales, the Smart Scale 2 actually has a battery indicator in the top left of the display. You still can’t change the battery but you can charge it when it’s starting to get low. Brewista however doesn’t mention any specific characteristics of the battery pack. That said, in the 3 weeks I’ve had the scale in use I haven’t had to charge it yet and it doesn’t seem to drain very quickly either.

The micro USB charge port is capped of with a water resistant silicone cap.

When the battery pack is running low on power you can charge it via any USB charger with a micro USB cable. I didn’t expect the scale to come with a charger (since those are different the world over) but a short cable would’ve been nice.

So all good then?

No. There are still a few things that irk me. While the small size makes the scale fit perfectly on most espresso machines, the display is simply to close to the platform to be usable with larger brewing devices. You’d have to offset the load on the scale which then in turn affects the reading. Also, the battery pack isn’t user replaceable. If the battery won’t hold a charge anymore, the only solution is to buy a new one.

And then there’s my main gripe I have with both the original and new scale. There are a few modes that display the last weight recorded. For instance, let’s say I brew an espresso in mode 5 (see above). Once the extraction is complete I remove the cup from the scale and the scale is supposed to display the last measured weight, stop the timer and then auto tare after a few seconds. Both scale have issues detecting the cup being removed as I’ve ended up with a negative weight (tare minus cup weight) and timer that still counting. You need to slowly remove the cup for the scale to actually detect it properly. The issue with a slower removal is that you risk pressing down on the scale first and therefor throwing off the reading.

I’ve used the original Smart Scale ever since I first got it and while it impressed me in many ways, there were a few things that I didn’t like. Whenever I had to switch to a different weighing mode I had to look up what each symbol meant and what it did. The new version solves that issue quite neatly. The completely sealed control panel is a very welcome change as well and the silicone pad is a nice addition. Sadly the new scale has the same issue where it doesn’t realize the cup was removed. The battery pack has its pro’s and cons but is better implemented than on many other scales. If you’re looking for a decent scale to continually make better, more consistent brews, then this is the scale for you. However, if you have the original Smart Scale there is no real reason to upgrade to the new version unless you’re having issues with the original. In case of upgraditis, by all means upgrade 😉

All in all the new Brewista Smart Scale 2, while slightly more expensive than the original, is still an great tool to have and has a good bang / buck ratio. 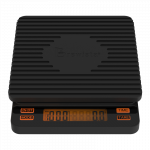